City Schools ICEO Tisha Edwards to Compete in "Are You Smarter than a BCP 5th Grader?" 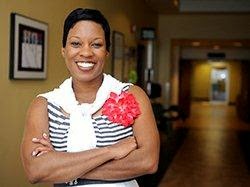 Tisha Edwards has served as Interim CEO of Baltimore City Public Schools since July 1, 2013. Prior to this she served as Chief of Staff to CEO Andrés Alonso, where she managed City Schools’ senior management team and oversaw the implementation of many of the district’s most important reform initiatives.

Ms. Edwards has focused on education, youth and community throughout her career. Former positions include senior management executive for Empower Baltimore Management Corporation and Founding Principal of Baltimore Freedom Academy.