City Springs Principal Rhonda Richetta remarked that she was sad to see the trophy go, but glad it was moving to another BCP school.

As no small consolation the Coach of the Year of the Trophy, which was awarded to Megan Miskowski in May, now resides at City Springs. Megan and Gerald Loiacono coach the City Springs Debate Team.

View a video of the mock debate at: http://bitly.com/csdebate2014

Congratulations to all of the students on their outstanding achievement. Thank you to BUDL for supporting our students!

The complete BUDL results for City Springs and HHA are below:

Posted by Baltimore Curriculum Project at 11:46 AM 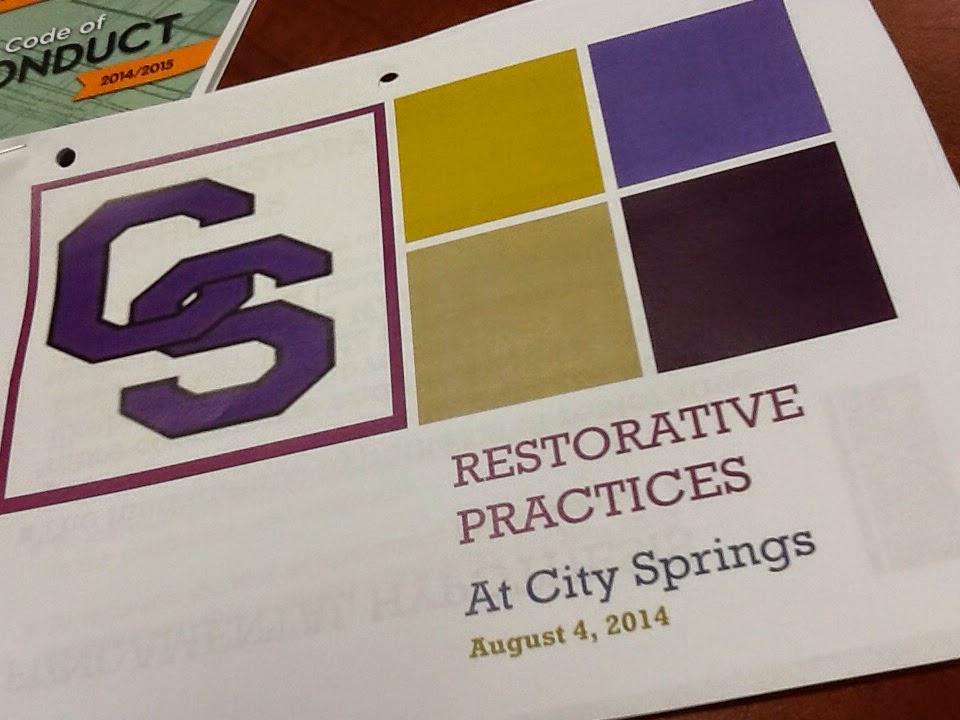 
In 2006 BCP implemented Restorative Practices at City Springs, Collington Square School and Hampstead Hill Academy with the support of a $42,000 grant from the Open Society Institute - Baltimore and two $20,000 grants from The Goldsmith Family Foundation .

There are currently eleven Baltimore City Schools implementing Restorative Practices, with more on the way.


Posted by Baltimore Curriculum Project at 11:43 AM

Longtime BCP partner and IT provider NBS has joined together with Light Industries and Network to form a new company, Summit Business Technologies, offering an expanded lineup of technologies and IT expertise to help small and mid-size businesses (SMBs) operate with better efficiency and simplicity. NBS has provided outstanding IT support for BCP for several years and has sponsored Are You Smarter than a BCP 5th Grader? since its inception.

The new company was developed for the expansion of business technology services, IT consulting and implementation for SMBs across the mid-Atlantic region. It offers clients the strategic convenience and simplicity of having related technology solutions from one reliable resource in the areas of managed IT services, network services and consulting, unified communications, web services, analytics, mobile applications and software development. The new leadership team composed of executives from each of the joining companies will be led by partners Mike Cohn and Gary Grabowski, who have an energizing vision for the newly launched company.