We would like to thank The Kevin Spacey Foundation (KSF) for awarding the Baltimore Curriculum Project a generous grant. This grant was part of a KSF initiative to support local charities during their Kevin Spacey in Concert event on September 29, 2014.

One of BCP's long-time partners, the Baltimore Urban Debate League, was also awarded a grant through the KSF initiative.

This concert event was critical for KSF to provide critical scholarships for undergraduate performing arts students, competitive project grants to emerging artists, and mentorship during the process from our distinguished roster of established artists.

At the same time, KSF will expand their efforts to bring the arts to underserved youth through the HOME GROWN program.

We would also like to thank KSF for providing BCP with tickets to the concert event and after-party.

For more information visit: http://www.kevinspaceyfoundation.com
Posted by Baltimore Curriculum Project at 10:07 AM 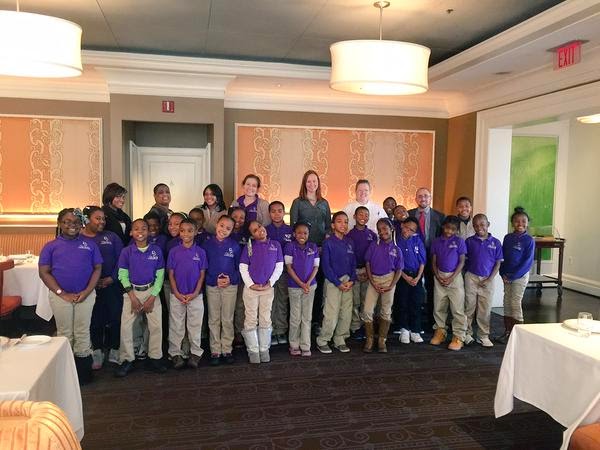 Chef Cindy Wolf hosted a behind-the-scenes tour of Charleston Restaurant  for a group of 22 City Springs students on January 16th.

The tour began with a cooking demonstration. Chef Wolf prepared a salad and gave students the recipe so that they could recreate the dish at home. Students learned about all of the ingredients and the proper way to work in a kitchen. 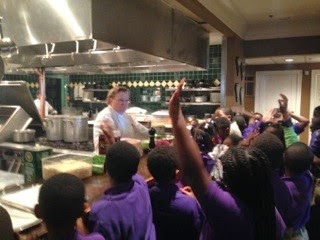 Chef Wolf talked about the importance of discipline in cooking and how she is the general of her kitchen. When she gives an order, her chefs must follow directions without "rolling their eyes" or complaining.

"Your teachers have gifts to share," said Chef Wolf. She encouraged the students to respect their teachers in order to receive these gifts.

After the cooking demo, we walked through the kitchen and stopped in the walk-in refrigerator, where Chef Wolf introduced us to a variety of fresh foods that are delivered daily; some of which are flown in.

We learned about a type of expensive beef that comes from cows that drink mostly beer and receive regular massages; why cooking shrimp with the heads on creates the tastiest sauce; and how soda from glass bottles tastes better. 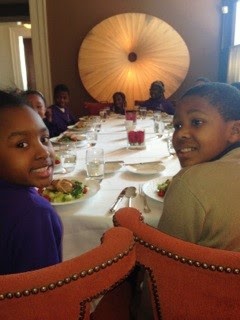 After the tour, everyone sat down for a fine lunch of salad topped with baked chicken, corn bread, and cookies for dessert. The students' manners were impeccable throughout the entire meal.

As we lunched, Chef Wolf continued to answer students' questions. She shared stories of her culinary career, including the time she had the opportunity to prepare lunch for Julia Child.

After lunch, we bid Chef Wolf farewell and returned to City Springs with full bellies, full minds, and happy hearts.

We would like to thank Chef Wolf and her staff for their wonderful hospitality and for providing such an amazing experience for our students.

A 2006, 2008 & 2014 James Beard Foundation finalist for Best Chef, Mid-Atlantic, Chef Wolf's cuisine is backed by French fundamentals and grounded in preparations that emphasize the natural flavors of the very finest regional products.

A graduate of the Culinary Institute of America in Hyde Park, New York, Wolf has received notices in Food Arts, Food & Wine, Bon Appetit, The New York Times, The Washington Times and The Washington Post. She has appeared in cooking segments on major local, national and cable television stations.

Posted by Baltimore Curriculum Project at 5:36 AM

Happy New Year to our Partners! 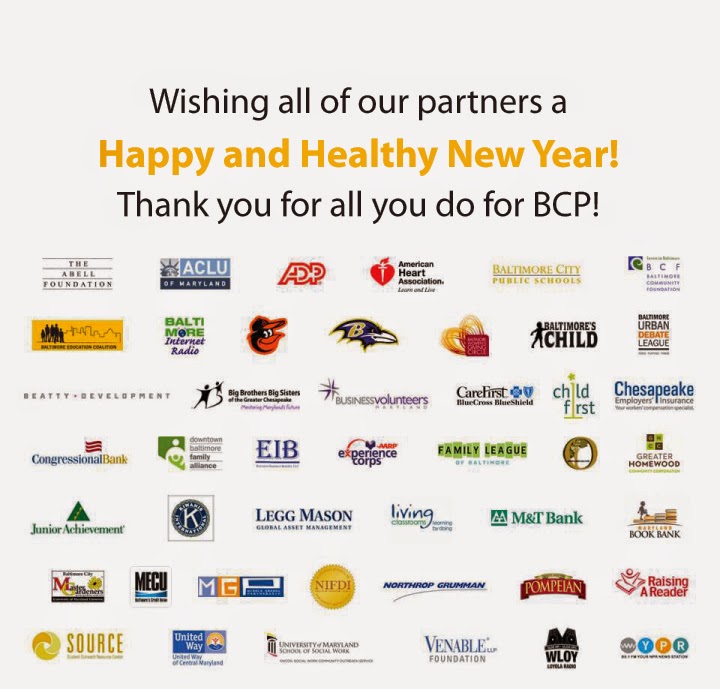 We would like to wish our partners a Happy and Healthy New Year! Thank you for all you do for BCP!
Posted by Baltimore Curriculum Project at 10:50 AM