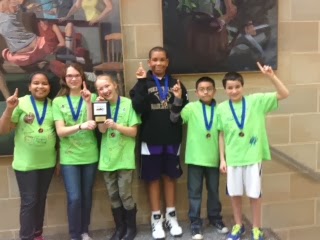 A team of students from Wolfe Street Academy and Park School of Baltimore won first place in yesterday's Maryland Destination Imagination North Central Region Tournament at the Carver Center for Arts and Technology.

Park School and Wolfe Street Academy have undertaken a partnership to jointly participate in the Destination Imagination, a program that encourages teams of learners to have fun, take risks, focus and frame challenges while incorporating STEM (science, technology, engineering, and mathematics), the arts and service learning.

The team,  led by Park School Spanish Teacher Silvia Patterson, is comprised of three Wolfe Street students - Lucia Given, Edwin Rivera and Makayla Moore - and three Park students. The students will compete in the State Tournament in April. The top placing teams at States advance to the Global Finals in May at the University of Tennessee

The goal of the Wolfe Street Academy - Park School partnership is to undertake a challenging task together that allows students from different backgrounds and experiences to get to know each other and to learn to appreciate each other’s talents and abilities to contribute.

We would like to congratulate the students on their hard work and thank Ms. Patterson for leading the team.
Posted by Baltimore Curriculum Project at 2:56 PM 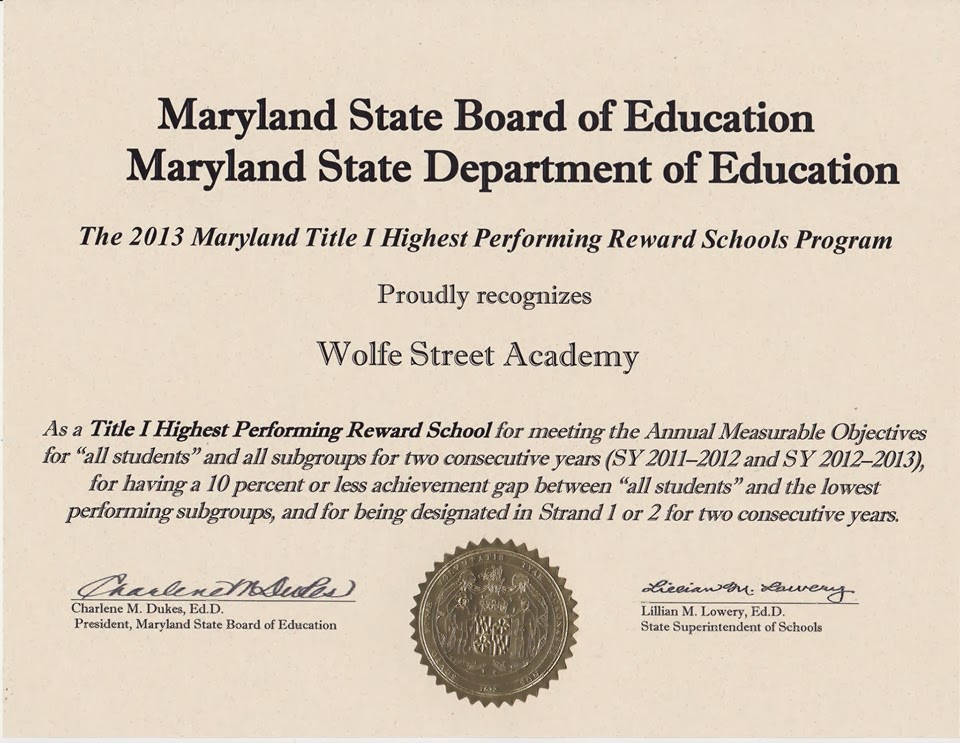 The Organized Classroom and Teaching

New teachers, and those experienced teachers taking on new assignments in new schools, think long and hard about the kinds of things they will find in their new teaching contexts. How will the students be? How will I get along with colleagues? Will I be successful? The summer jitters never disappear, we just get more experienced in handling them. These questions emerge out of some truths we know from the start about teaching: that successful teaching requires the creation of strong relationships with students and colleagues; that good teaching is also about structures, organization and building culture in a classroom; that success is created over time, with consistency, clarity and compassion for our kids.

There are a myriad of “how to…” books, teacher guides, bromides, recipes and rules for teacher preparation. Many of them are excellent, like Doug Lemov’s Teach Like A Champion, for example.

In the end, good teachers take what they can from such guidance and adapt it to their personality and style. For example, there is a wonderful advice text entitled The Laughing Classroom, by Diana Loomans, but much of the advice it contains requires some of the skills of stand-up comedy, not everyone’s forte. While it may be true that good teaching requires some acting skills, we are not simply “showing off” and acting in our classrooms: this is much more complicated than that!

So what’s the right kind of advice for teachers going into our East Baltimore schools, either as brand new professionals or as veterans who are simply shifting locales?  Here is the advice I give to myself and share with you in the hope that it provides food for thought and, perhaps, some practical guidance that you can use to implement your strategies in your own way.


I know that you can add to this list.  Share your thoughts, let others know what works for you, what failed, what you need in order to serve your students.  Best wishes!!!!
Posted by Baltimore Curriculum Project at 9:18 AM

On Thursday, January 30th, Hampstead Hill Academy families ventured out into the cold to attend a special Family Science Night hosted by the Maryland Science Center and sponsored by the Joseph and Harvey Meyerhoff Family Charitable Funds.

Approximately 150 people attended this event. Students were active participants in eight different science experiments which included building a circuit, extracting DNA from wheat germ, battling the forces of science and much more.

We would like to thank the Maryland Science Center and the Joseph and Harvey Meyerhoff Family Charitable Funds for providing this event to the families of our school.

Posted by Baltimore Curriculum Project at 8:52 AM 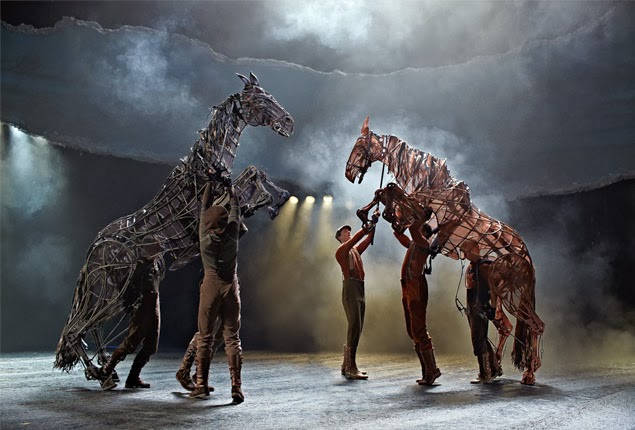 The experience was made possible by a generous ticket subsidy provided by the Hippodrome Foundation and donations from individual donors.

Students and staff were enthralled by the performance; especially the horses, which came to life under the expert hands of the puppeteers. At the climactic moment when the play's star, a horse named Joey, is about to be put down, several of the students cried: "Noooo!"

City Springs seventh graders read the Book War Horse last semester in connection with their study of World War I, which is part of the new Middle Grades Core Knowledge Curriculum being developed by BCP.

We would like to thank the Hippodrome Foundation, Olive Waxter (Director, Hippodrome Foundation), the Children's Bookstore Educational Founation, and JoAnn Fruchtman (Owner, The Children’s Bookstore) for supporting our students. We would also like to thank the following individuals for helping us purchase the tickets for "War Horse": Dave & Doe Corcoran, Brenda Kahn, Frank ODonnell, Carl Pelton, Joel Rosado, Michele Sabean, Liz Trimmer, and John Ziemann.
Posted by Baltimore Curriculum Project at 7:24 AM 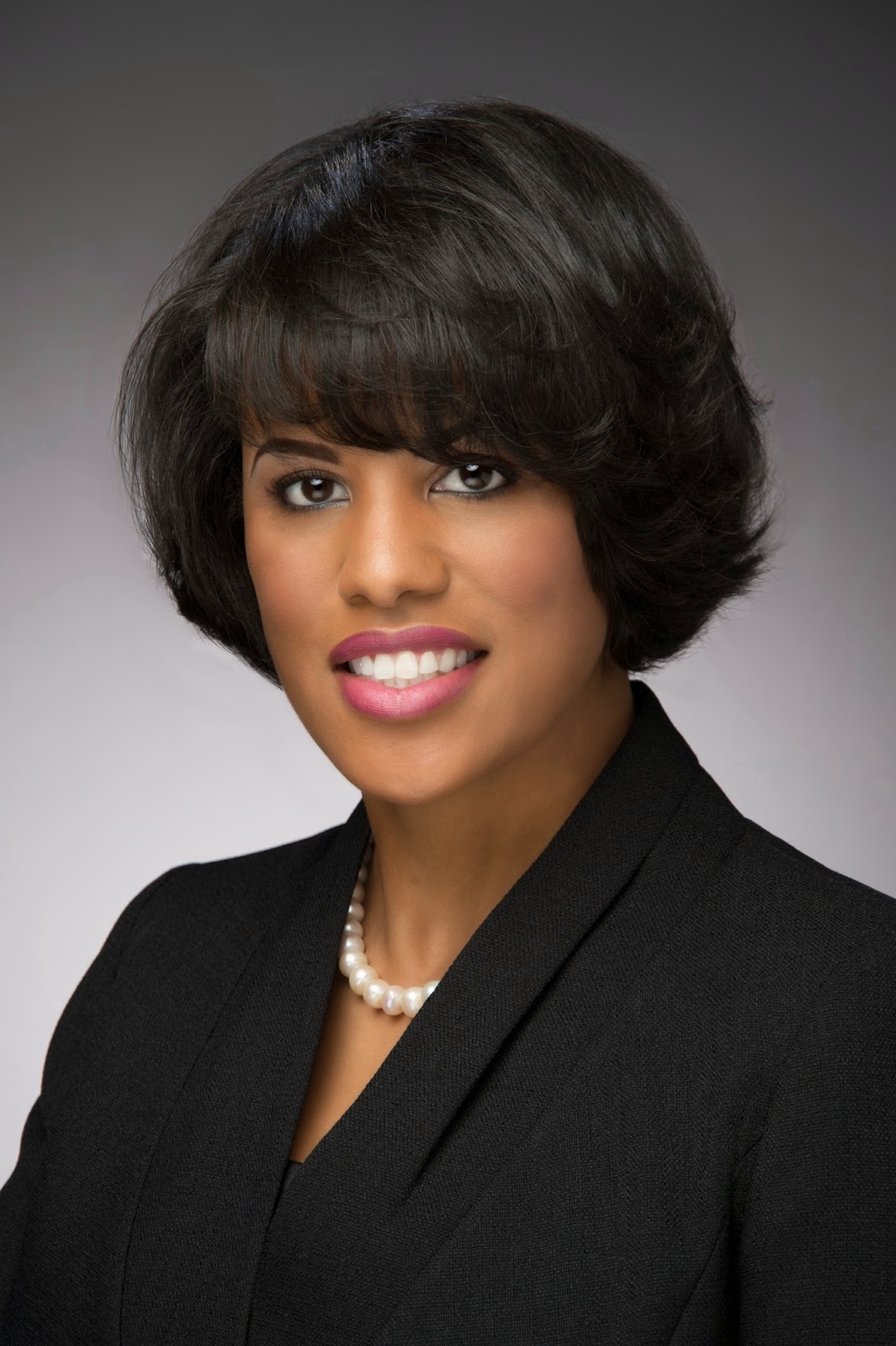 City Springs Elementary/Middle School has won the first prize of $1,000 in the Middle/High school category of the Black History Month Project Competition.


Be sure to visit the display at the Creative Alliance (located at 3134 Eastern Avenue) before Friday, February 8, 2014!

Thank you to Johns Hopkins and the Creative Alliance for making this possible for our students.

Below is an article by City Springs Art Teacher Kasey Trudgeon, which was posted on January 29th.

The following caption goes with the students' artwork:
Billie Holiday, although born in Philadelphia, spent many of her childhood years in Baltimore. It is said that she got a job running errands in a brothel so that she could listen to the jazz and blues that played in the parlor. After moving to New York, Holiday had a great influence on jazz and pop singing. Her vocal style was unlike that of any other. One critic, John Bush, even wrote how Holiday “changed the art of American pop vocals forever.” She did so by making a great contribution to the “Harlem Renaissance,” a period in the 1920’s when achievements in art, music, and literature of African-Americans flourished. Without Holiday and her Baltimore roots, however, the Harlem Renaissance may not have been nearly as spectacular
Posted by Baltimore Curriculum Project at 11:16 AM

Business Volunteers has been a faithful BCP partner for over 8 years, providing volunteers and support for our schools through a variety of programs including: the PENCIL school partnership program, GIVE civic leaders program, and the INSPIRE school attendance program.

We would like to thank Mo Jishi and the team at Business Volunteers Maryland for all their support:

Posted by Baltimore Curriculum Project at 6:23 AM

The morning began with a continental breakfast, followed by an inspiring speech by BCP President Laura Doherty.

BCP provides customized training for teachers through staff development days and a 1 to 2-week Summer Training Institute for new and returning teachers. BCP staff work with principals to identify training needs and develop training specifically to address these needs.

We would like to thank all of the presenters for their hard work in supporting our outstanding teachers.
Posted by Baltimore Curriculum Project at 7:14 PM