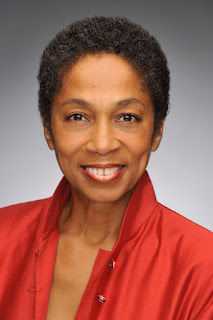 Collington Film to be Featured at Baltimore Museum of Art 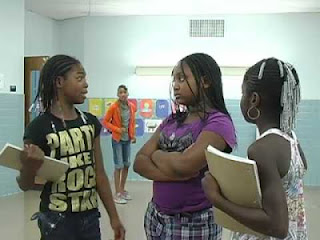 The anti-bullying film "We Got This!: Be Inspired & B-more" has been selected to be featured at The Griot's Eye Youth Film & Culture Festival at The Baltimore Museum of Art this Saturday, February 16th 12 noon-5 PM showcasing the incredible young people of Collington Square.


Immediately following the screening students Darius Williams, Donald Wright, Jr w/ Kevin Burton on percussion will present a live dramatic spoken word/hip-hop performance of their original anti-bullying rap songs they wrote for the stage play "It's Not Nice 2 Be A Bully: A Hip-Hop Learning Tale".

The film is scheduled to be screened at approximately 12:30 PM with live performance to follow.

The Baltimore Curriculum Project is proud to announce that Hampstead Hill Academy has received a five-year charter renewal and City Springs Elementary/Middle School has received a three-year charter renewal. Hampstead Hill is the only charter school to receive a highly-effective rating in all renewal categories. Collington Square School did not receive a renewal due to some recent setbacks after seven years of outstanding academic growth. BCP and our schools remain fiscally sound and we look forward to many years of continued service to Baltimore City’s children.
Posted by Baltimore Curriculum Project at 1:47 PM

Why BCP Loves the Ravens

Why does the Baltimore Curriculum Project love the Baltimore Ravens? Let us count the ways:
Thank you Ravens for everything you do to support our students.
Go Ravens!

Posted by Baltimore Curriculum Project at 11:23 AM

Thank you to Pompeian Olive Oil Company for supporting the 2013 Are You Smarter than a BCP 5th Grader? fundraising gala with a $1,000 sponsorship.

Unlike many olive oils sold in the U.S., Pompeian is a blend of olive oils produced in various regions, rather than from a single locale or company-owned grove. Since each year's olive crop varies, Pompeian can select the season's best olive oils and then blend them to the same quality standards and consistent taste, year after year.

Learn more about Pompeian Olive Oil Company at: http://www.pompeian.com/
Posted by Baltimore Curriculum Project at 5:14 AM


Today a delegation of seven educators from Latin America visited Collington Square School of the Arts to learn about how the Baltimore Curriculum Project helped transform Collington Square from a struggling traditional public school into a productive neighborhood charter school. The group included administrators and teachers from Chile, Columbia, Ecuador, Honduras, Mexico, Paraguay, and Uruguay.

"We view cultural differences in our schools as assets and capitalize on them, said Mr. Schugam.

"Last year we received a grant from the Baltimore Community Foundation to engage Wolfe Street Academy's Mixteco population - an indigenous group from Mexico - and to celebrate all of the cultures represented at the school. El sabor at Wolfe Street comes through at parent nights and during the annual Wolfest Street Festival.
One visitor was especially interested in the leadership style of Principal Holmes, whom she described as "joven y guapo".
"I trust my teachers and assistant principals. I give them space to succeed and I follow up," said Mr. Holmes.
The school tour included visits to Andrew Gorby's fourth grade reading class and Jane Gervasio's first grade reading class. The visitors were impressed by the consistent focus of the students.
This is the fifth time that BCP has hosted a delegation of educators from another country. The visits, which were arranged by the World Trade Center Institute, have included delegations from Vietnam, Iraq and Egypt.
In September BCP Director of Training Tara Anderson was invited to Egypt to teach about behavior management. Today she was invited to travel to Latin American to provide training around the BCP model.
"We appreciate the opportunity to share the good work we are doing at Collington and other BCP schools with the world," said Mr. Schugam.
About the World Trade Center Institute
The World Trade Center Institute (WTCI) is the largest international business network of its kind in the Mid-Atlantic - a who's who of the top global business executives in the region. At WTCI we strive to drive the growth of Maryland's flourishing global business community. Today more than 2,500 Maryland firms benefit from WTCI's global connections, events, and extensive international business services. WTCI was established in 1989. Financed jointly by area businesses and the State of Maryland, WTCI operates as a private, non-profit membership organization. For more information visit: https://www.wtci.org/
Posted by Baltimore Curriculum Project at 5:25 PM