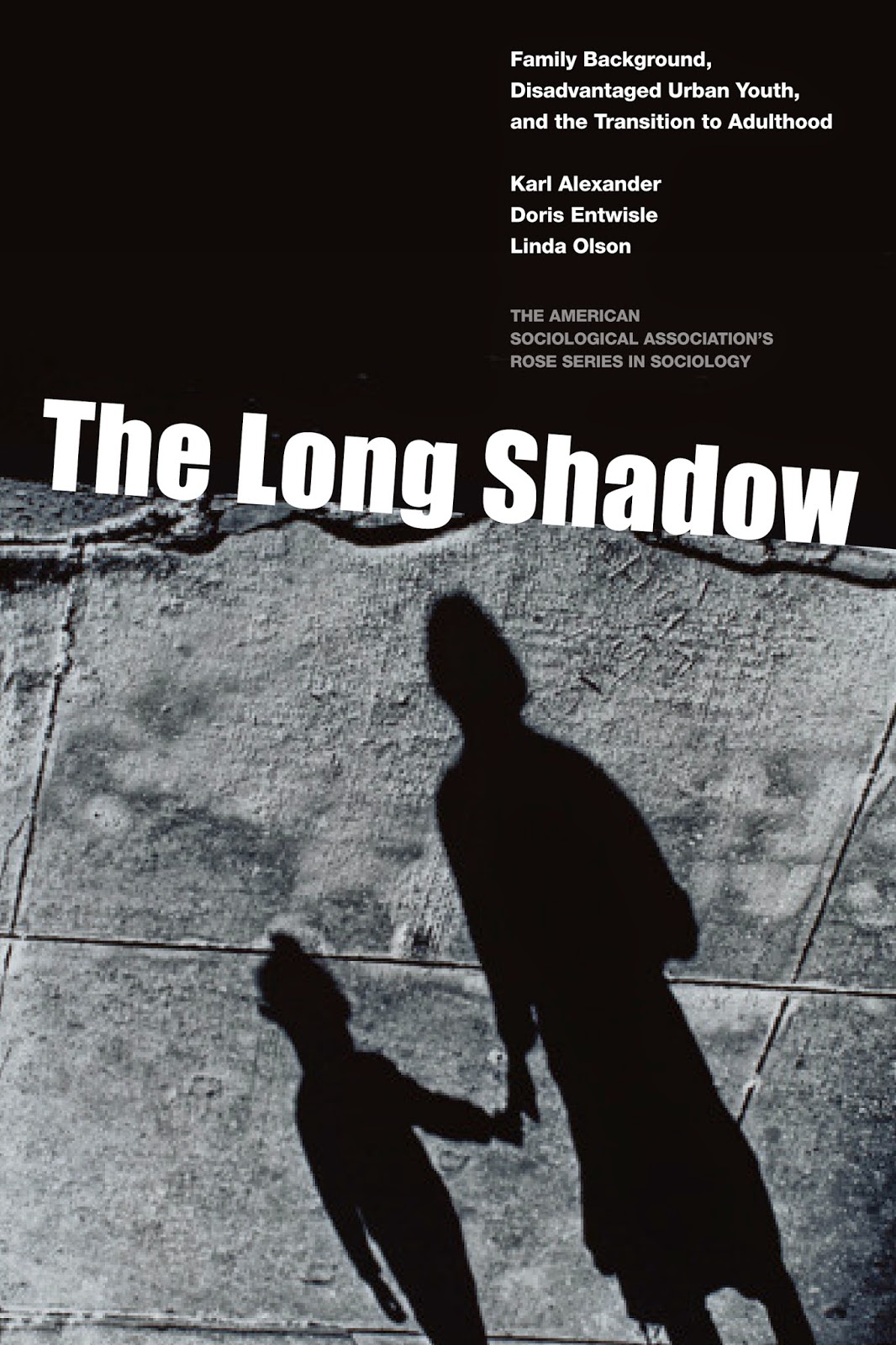 In 1982, Johns Hopkins University researchers Karl Alexander, Linda Olson and Doris Entwisle began tracking nearly 800 children from Baltimore, all of whom were entering first grade.  The overall focus, but not exclusively, was on children who were living in poverty.  The children were tracked for more than twenty years: they went through school, job searches, and many started families. The group was diverse but there was one thing, it seems, they had in common: all of them were affected one way or another by the chances they were offered in first grade, by the quality of education, by the circumstances that often were beyond the control or influence of schools.

What the research helped uncover was, to some extent, unremarkable, perhaps even predictable: more than half of the sample, for example, stayed poor if that’s where they started.  Those who had more middle, even upper class benefits, tended to do well. Few of the poor moved into middle class brackets, while even fewer of the better off fell into poverty. One of the really staggering statistics was that which highlighted the opportunities for poor children to graduate from college: only 4% of the sample actually got that far! In the meantime, by age 28, 45% of the better off subjects had their college degree.

The disparity on racial grounds was great: while 89% of white high school dropouts were working by age 22, only 40% of their black counterparts were in that category. When it came to gender equity, it seems that both black and white women earned less than white men.  However, in household income, white women did much better, not least because they were married or partnered with income earning men. Black women were much less likely to have access to stable relationships.  The teen birth rates among black and white women were roughly similar, and of course that dispels the mythology of teen pregnancy as an issue mainly for black women.

White men from better off circumstances had higher drug abuse issues than black men.  One area that was surprising was the close proximity of arrests and convictions, 41% for working class white men and 49% for black men from the same category.  According to the JHU newsletter HUB, one reason that white males can overcome this stigma more easily is that they have access to social networks not open to black males.

One of the long-prevailing platforms on which “American exceptionalism”” has stood for decades, even centuries, is that of “pulling oneself up by the bootstraps”, the notion that anyone can get anywhere in America.  While there are plenty of rags to riches stories to help solidify that belie, in the end, The Long Shadow tells us that social and economic mobility are far less frequent than we might like to think. Upward mobility, like racial equality, may be more myth than substance, more wishful thinking than actuality.

Karl Alexander will be at the Enoch Pratt Central Library on October 6th, at 6:30 P.M. to discuss his research. The Long Shadow was published by Russell Sage in April 2014.

Jon McGill
Posted by Baltimore Curriculum Project at 4:01 AM