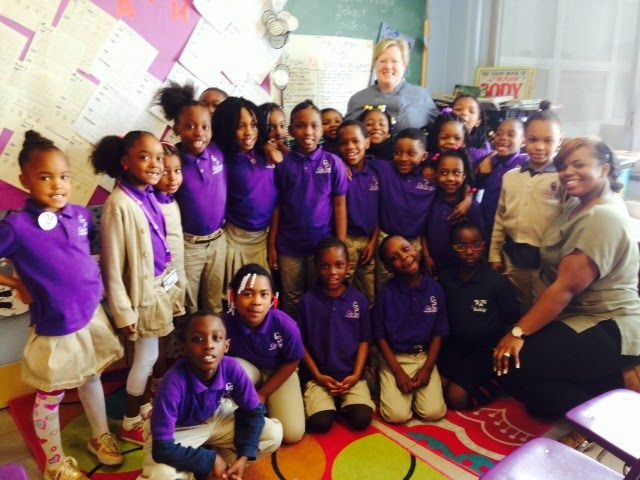 The Career Fridays series was created by City Springs School Counselor Krista Wible in order to expose students to a variety of careers.

"At City Springs, we believe that all students have talents and can learn through a variety of instructional experiences," said Ms. Wible.

"As such, on Fridays students meet with professionals to discuss their career path."

Chef Wolf spoke about her restaurants and their themes; the love she puts into making her favorite dishes; the path she took to get where she is today; the responsibilities involved in owning so many restaurants; and much more.

She has offered to give the students a behind-the-scenes tour of Charleston Restaurant. She also plans to return to City Springs to lead some cooking demonstrations.

"Chef Wolf was a great inspiration to the children she spoke with at City Springs Elementary/Middle School," said Ms. Wible.

"Her passion and love for food was felt by the students and encouraged them to follow their future aspirations."

We would like to thank Chef Wolf for visiting with our students.

A 2006, 2008 and 2014 James Beard Foundation finalist for Best Chef, Mid-Atlantic, Chef Wolf's cuisine is backed by French fundamentals and grounded in preparations that emphasize the natural flavors of the very finest regional products.

A graduate of the Culinary Institute of America in Hyde Park, New York, Wolf has received notices in Food Arts, Food and Wine, Bon Appetit, The New York Times, The Washington Times and The Washington Post. She has appeared in cooking segments on major local, national and cable television stations. 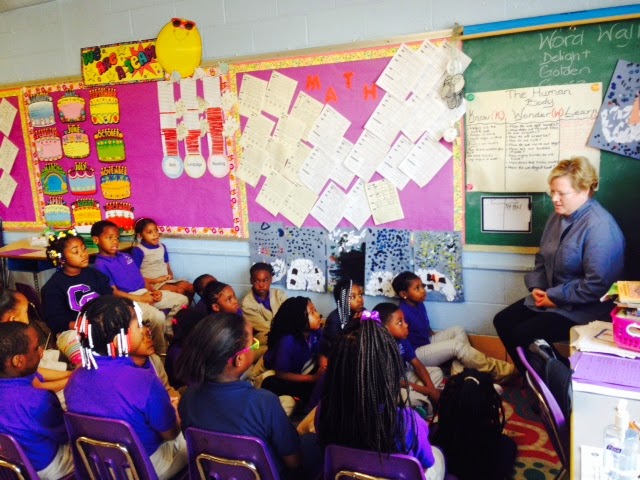 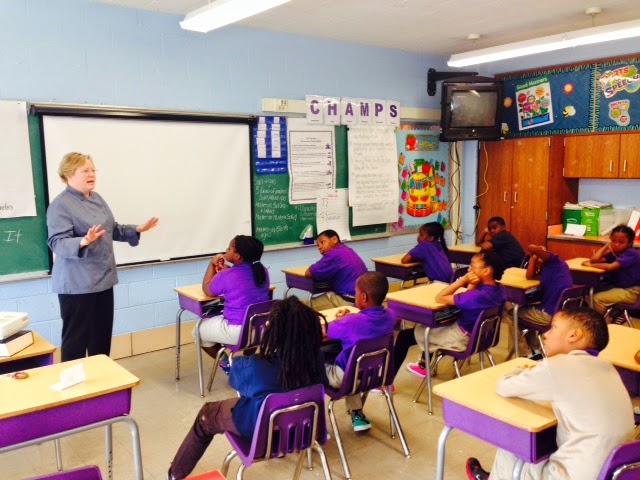 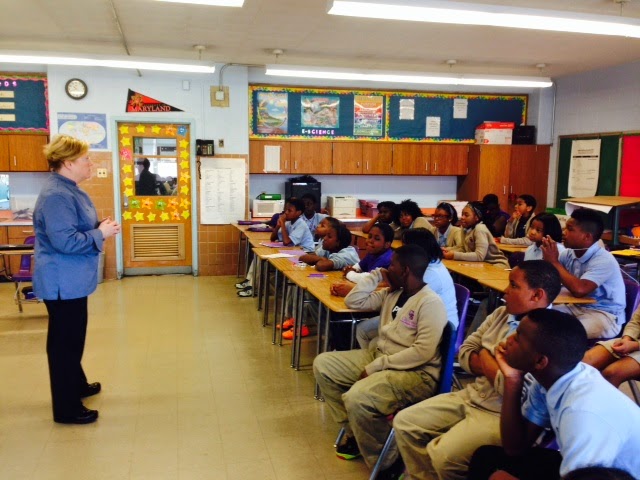 Posted by Baltimore Curriculum Project at 8:01 AM