City Councilman Brandon Scott to Compete in "Are You Smarter than a BCP 5th Grader?" 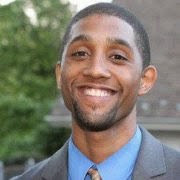 Baltimore City Councilman Brandon M. Scott will join Megan Anderson, Tisha Edwards, and Jason Newton as a contestant in the third annual Are You Smarter than a BCP 5th Grader? Quiz Show Gala on Friday, April 25th from 5:30pm - 9:30pm at The Reginald F. Lewis Museum.

Councilman Scott was sworn in as City Councilman for the 2nd District on December 8, 2011. Elected at the age of 27 Brandon is the youngest person ever elected to the new single member district City Council.

As a proud Baltimorean, Brandon Scott is a graduate of MERVO High School and St. Mary's College of Maryland. He was selected as one of The Daily Record’s Twenty in their Twenties in 2012.

Brandon serves as the City’s representative on the College Bound Foundation’s Board and is a former member of Park Heights Renaissance’s Board of Directors. He also serves as the Vice Chair of the City Council’s Public Safety Committee.