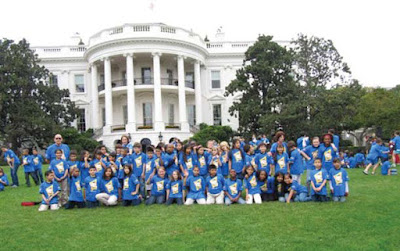 This issue features the following articles:

Around the World in Four Newsletters ...
Over the next four issues educators from around the world will share their thoughts on public education. This issue features Andrew Biemiller, Professor Emeritus, University of Toronto, and Ali Wannas Lafi Al-Rikabi, Head of Translation Department, University of Basrah.

By Jon McGill, BCP Chief Academic Officer
The educational world has its own version of the "nature versus nurture" conundrum. It is most often clothed in the guise of debates about whether good teaching can make up for the circumstances in which children live. Can high quality teaching provide the conditions in which children overcome poverty, racism, and difficult home circumstances? Are parental failings, poor home situations, poverty and race really destiny or can "equal opportunity" and excellent teaching, along with excellent schools, bridge the gaps?

Leading Minds Forum: The Impact of Poverty on Education

On September 22, 2011 over 450 teachers, community members, and nonprofit and business leaders attended BCP's fifth Leading Minds forum on The Impact of Poverty on Education. Co-hosted by Loyola University Maryland's School of Education and Urbanite Magazine, the forum explored why poverty has such a detrimental impact on academic achievement and what we, as a community, can do about it.
View a video of the forum and past forums at: http://bit.ly/leadingminds

BCP Receives USTA Organization of the Year Award
BCP has received the US Tennis Association/Maryland Chapter's Organization of the Year Award. Last summer BCP launched a new Pre-K through eight school tennis initiative incorporating 10 and Under Tennis. BCP has committed to bring tennis this year to nearly 1,500 students in all four of its schools through physical education, after school clubs, and an intramural tennis league planned for 2012.

From Baraka to BCP: An Interview with Antoine Lewis

Antoine Lewis' journey from the Baraka School to City Springs School began over 15 years ago. The ties between the Baraka School and the Baltimore Curriculum Project (BCP) run deep. The Baraka School was an experimental school funded by The Abell Foundation, the organization that, under the leadership of Abell President Bob Embry, co-founded the BCP with BCP President Muriel Berkeley.

Arts Every Day at Collington

In an era when art and music are frequently sacrificed on the altar of high-stakes testing, the arts are alive and well at Collington Square School of the Arts. Collington Square is one of 44 City schools participating in Arts Every Day, a program that facilitates connections between the arts and learning for every student, every day.

The Collington arts experience doesn't stop at the end of the school day. Students participate in visual arts and dance programs, courtesy of Elev8 Baltimore.

On October 12, 2011 more than 100 Hampstead Hill Academy students and staff participated in a physical education event at the White House. First Lady Michelle Obama hosted hundreds of area students in an attempt to break the Guinness Book of World Records record for the most people doing jumping jacks for one minute in a 24-hour period.

Hampstead Hill Recess in the News

Again this year, HHA has been selected to receive about $50,000 worth of fresh fruits and vegetables from the Maryland State Department of Education (MSDE). Good nutrition and healthy eating are part of what make for a good day at school.

Air-filled stability balls have been shown to help students focus on their studies and relieve discomfort caused by long periods of sitting on hard chairs. HHA was recently selected to receive a grant to study the use of stability balls to replace classroom chairs.

The Family League of Baltimore City has awarded the Baltimore Curriculum Project a $100,000 BOOST (Baltimore Out of School Time) grant to run the Wolfe Street After-School Program. Kathy Stroup, Director of Extended Student Services, has managed the program for three years. Currently, 82 students are enrolled and 35 students are on at the waitlist. We would like to thank the Family League for their support.

Posted by Baltimore Curriculum Project at 8:04 AM